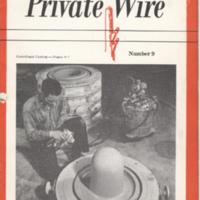 American Brake Shoe in the 1940's was an important slice of Mahwah's history. It was a period of both war and progress. American Brake Shoe contributed to the war effort as well as the booming post war economy. People like Howard Avery helped revolutionise manufacturing, and working immigrants like Ernest Busch helped to do the manual labor. Overall, ABEX was intertwined with both Mahwah, and the United States at large. 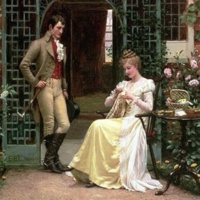 This exhibit examines the dating patterns of couples in the years 1927-1933.  The letters of Jay Frank Young and Henrietta T. Morriss were examined and contextualized using literature about dating from the Victorian era to the present. The letters of Henrietta T. Morriss and J. Frank Young were mostly written between 1927 until 1931, with the bulk of them being written by J. Frank Young. Within this exhibit, gender roles are also being examined, alongside dating trends.  It can be argued that gender roles are implicit in the ways that people approach dating.   This exhibit shows how ordinary people’s lives tie into a larger historical narrative.

The Havemeyers and the Birches: The Story of Two Families that Changed Mahwah Forever 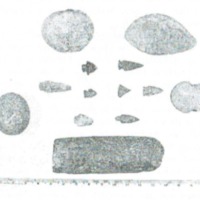 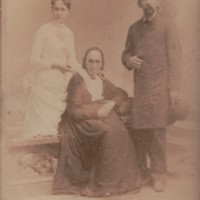 Women's fashion today is drastically different than it was in the past. As the times progressed, so too did clothing, and changes in fashion reflected the broader changes that were happening in the United States and the world. Mahwah was not exempt from these changes, as both life and fashion evolved in the town over time. This exhibit focuses on some of those changes, namely from the years 1880 to 1940. This exhibit also tells the stories of some women who lived in Mahwah during these years, and displays how fashion changes throughout the United States had an impact on their personal lives.